Can I enjoy occasional pumpkin spice latte when pregnant ? 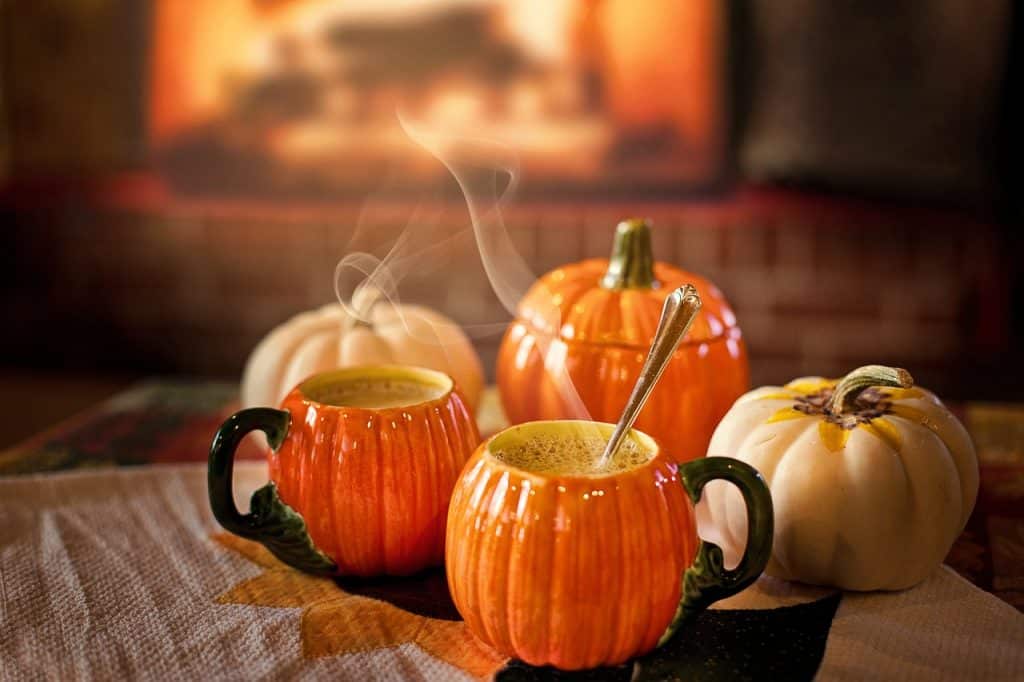 As the USFDA guidance for pregnant women states that caffeine consumption is to be limited to 200mg per day, having a cup of grande or venti (which is a lot of coffee!) of your favourite PSL is ok in a day or you can break it down into two cups of smaller coffees if you prefer it that way.

Is sago or tapioca pearl good for pregnant women to make khichdi, kheer or bubble tea? 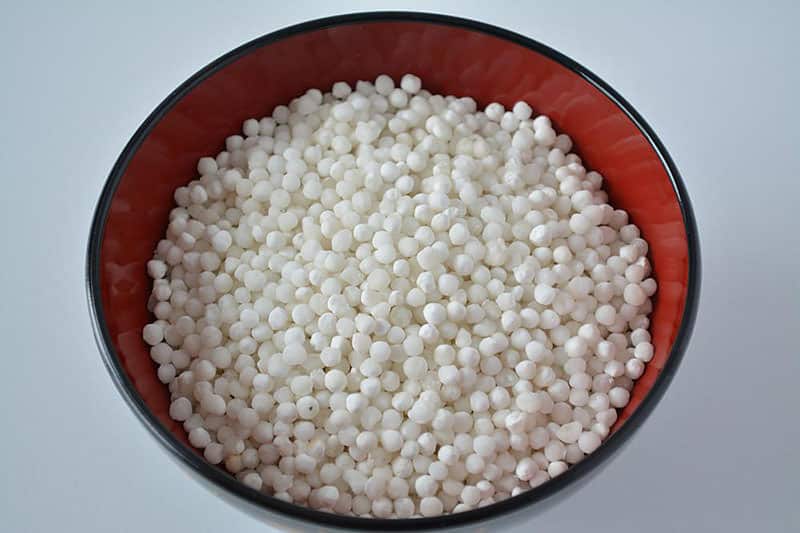 Is sago or tapioca pearl good for pregnant women to make khichdi, kheer or bubble tea? Sago and tapioca pearls, though often used interchangeably and having similar shape and form, may come from different sources. Sago is made from the pith of an array of tropical palm trees, whereas Tapioca pearls are made with tapioca or the starch from cassava, a root crop. Another variation of sago, known as nylon sago is also available in certain countries such as India, which refers to partially pre-cooked sago which is steamed and dried before packing. All three of these ingredients are often used interchangeably in sweet as well as savory dishes and bubble teas. Sago, nylong sago and tapioca pearls are safe to eat during pregnancy.

Is it healthier to have almond milk during pregnancy instead of regular milk? 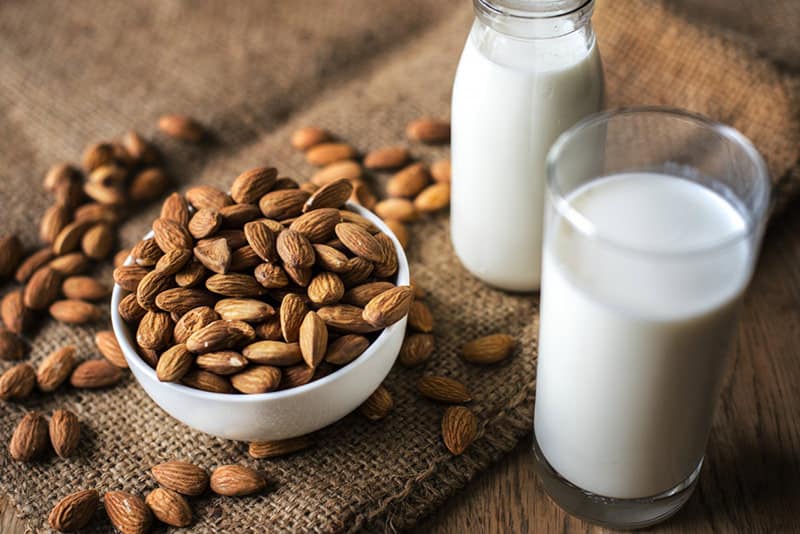 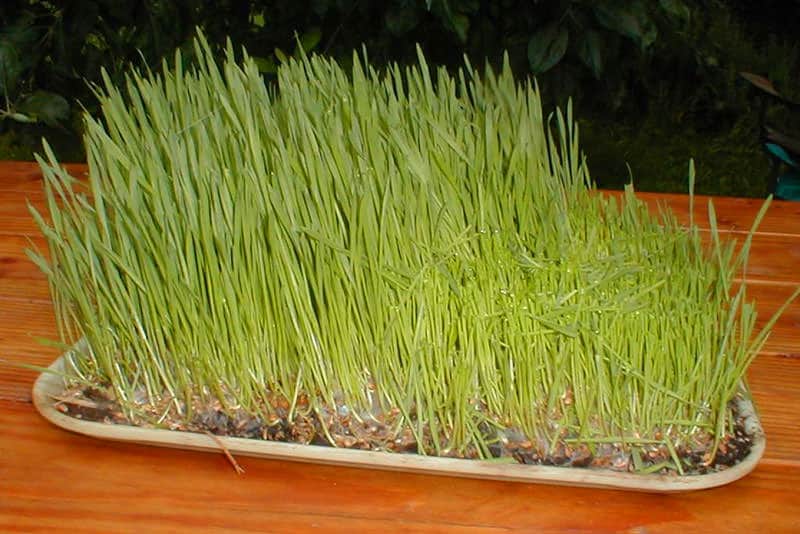 Can pregnant women have wheatgrass juice safely? While wheatgrass is considered generally safe, Health experts at Mayo Clinic recommend pregnant women to avoid wheatgrass juice or smoothies as it carries risk of bacterial or mold infections similar to other sprouts as they are typically grown in moist soil and consumed raw. Wheatgrass supplements are also not recommended as some sources suggest that wheatgrass consumed in therapeutic amounts can act as a purgative and may lead to miscarriage. Some sources suggest limiting wheatgrass intake to 2ounces during pregnancy to avoid the risk of miscarriage.

Can you eat raw or smoked burrata when pregnant? 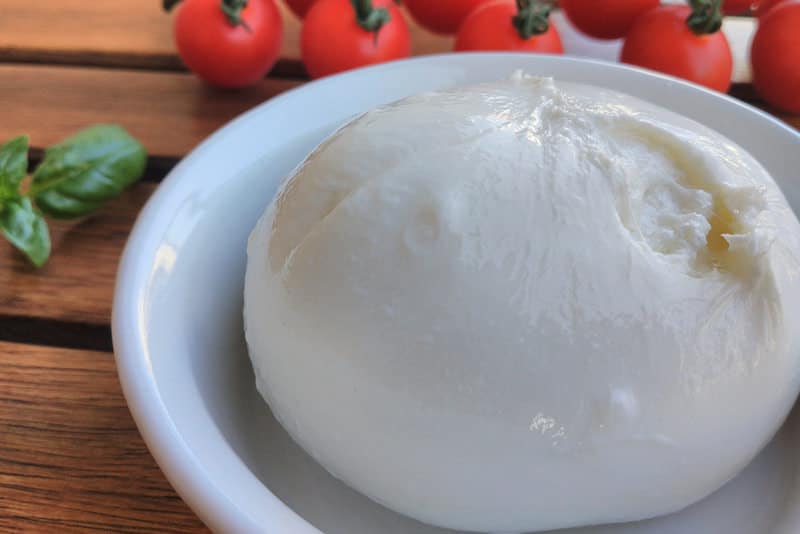 Yes, you can eat burrata cheese when pregnant as long as both the cheese and the cream are made of pasteurized ingredients. Generally, it’s a good idea to cook burrata cheese before having it as the main risk with having raw cheese is that of bacterial infection. Cooking allows you to ensure that most, if not all, of the bacteria present in the food is eliminated.

Can pregnant women eat popcorn while pregnant and how can they make it healthier? 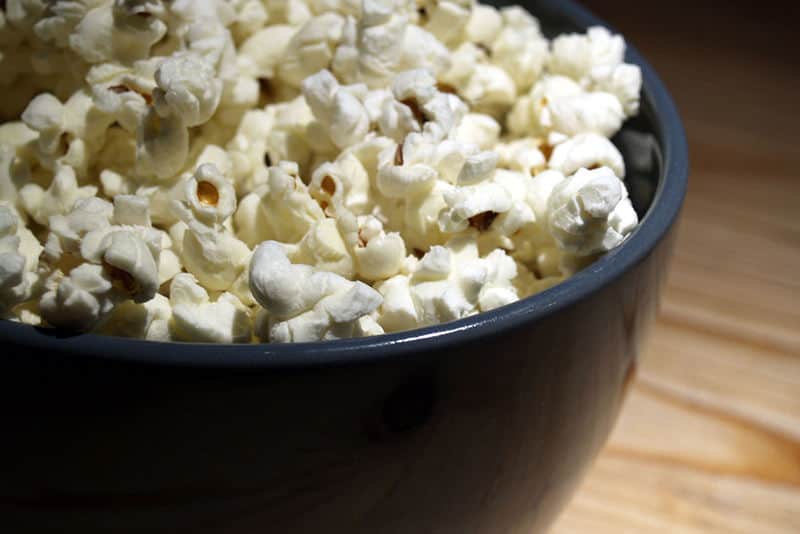 Can pregnant women eat popcorn while pregnant and how can they make it healthier? It is safe to eat popcorn during pregnancy and is a healthy snack choice. The popcorn you find in stores contain unhealthy ingredients, but they are not unsafe for pregnancy. Homemade popcorn with minimal salt and butter is the safest option.

Is it safe to have protein powder during pregnancy? 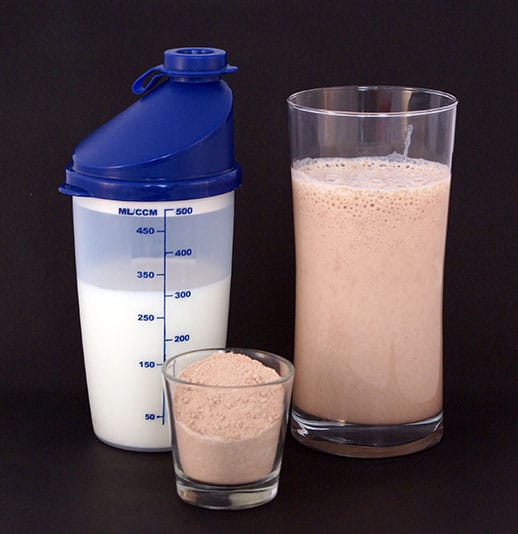 Is it safe to have protein powder during pregnancy? Yes, it is safe to have protein powder during pregnancy, provided you take a few precautions in choosing your protein powder brand and always consult your doctor before taking any type of diet supplements, including powders. When it comes to selecting the right protein powder brand, look for unflavored variety with minimal added ingredients. Pure whey powder, which is a natural protein made from milk is probably the best choice. However, if you are allergic or sensitive to dairy then look for other brands with minimal added ingredients.

Are sprouts such as bean sprouts, alfalfa sprouts, and wheat-grass healthy for pregnant women? 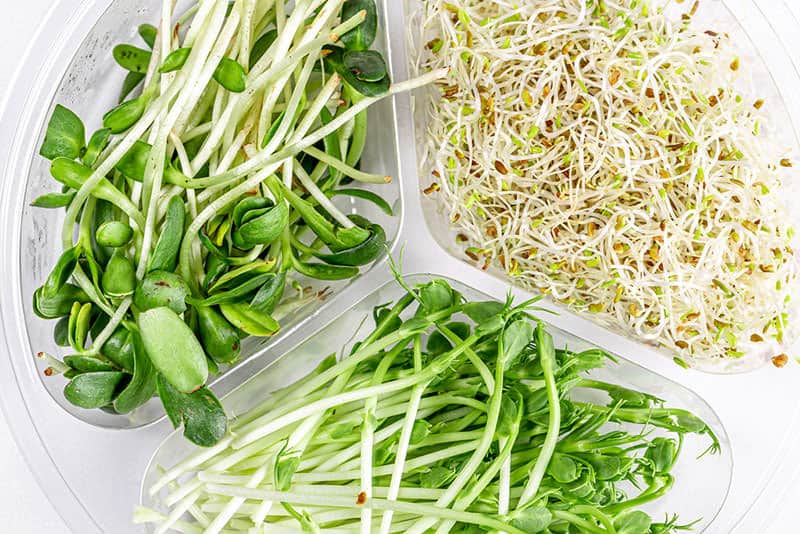 Are sprouts such as bean sprouts, alfalfa sprouts, and wheat-grass healthy for pregnant women? Yes, you can eat sprouts while pregnant as long as you take some necessary precautions. Sprouts are usually grown in a warm and moist container, which is a suitable environment for harmful substances, like bacteria, to grow. However, this doesn’t mean that you need to stop eating sprouts during pregnancy as they have great nutritional value. It is safe for you to eat cooked sprouts when pregnant. To prevent the risk of bacterial infection, make sure that you cook the raw sprouts at a temperature of 165 F or 74 C before eating them. This generally means that you have to cook them thoroughly rather than simply steaming them. The high temperature is necessary to kill any bacteria that may be present in the food. When you’re eating at a restaurant, avoid ordering items that may contain raw sprouts.

Is it Ok to add bacon to eggs and sandwiches while pregnant? 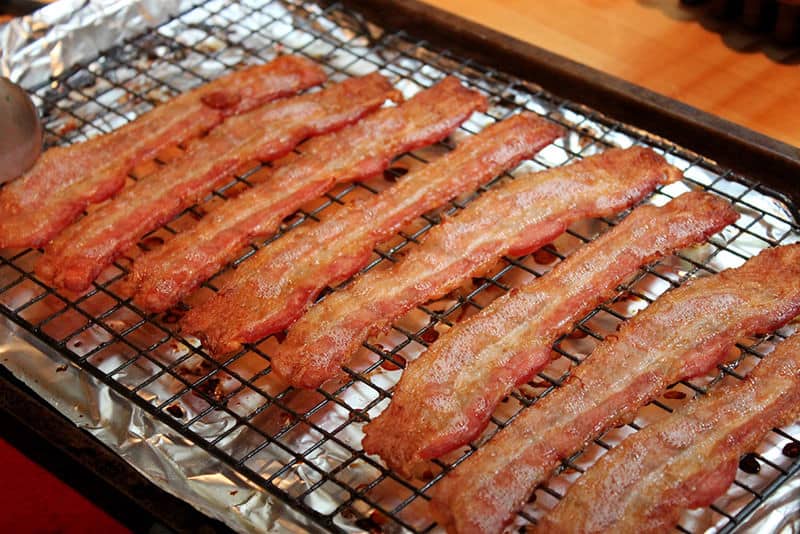 Is it OK to add bacon to eggs and sandwiches while pregnant? Yes, it is generally safe for women to eat bacon during pregnancy as long as it is well-cooked. There are many health benefits of eating bacon to both the mother and child. It contains a mineral called choline which aids in your child’s brain development. Bacon is also a rich source of protein so it aids in the bone growth of your child. Lastly, it contains elements such as potassium and sodium, which prevent heart disease and stroke. However, there are some health risks of eating bacon while pregnant that you should be aware of. If the bacon is under-cooked or raw, it can result in infections and food poisoning. Pregnant women are especially at risk as their immune system isn’t as strong as it was before. Also, bacon that is excessively processed contains toxins such as nitrates and nitrites which increase your risk for premature delivery. 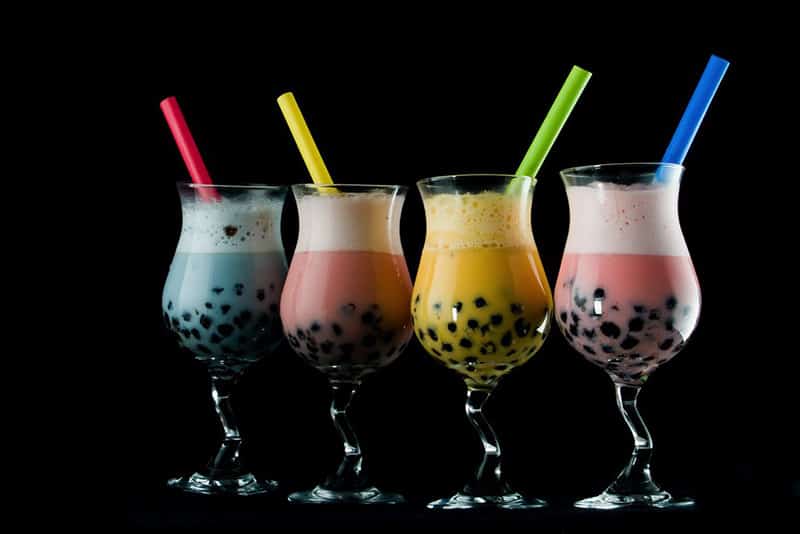 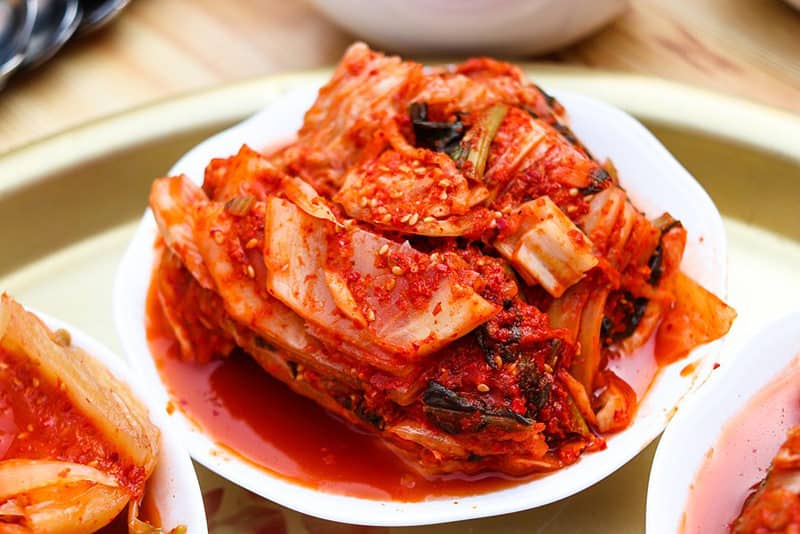 Can I eat fermented foods such as kimchi if I’m pregnant? Kimchi is a type of probiotic, so it contains bacteria that improve your gut health. In addition, it also lowers cholesterol levels, which reduces your risk for heart disease. That being said, whether or not you can eat kimchi while pregnant depends on your eating history. If you’ve always eaten kimchi before you were pregnant, you can continue eating it even when you are carrying a baby. However, if you’ve never eaten kimchi before and you want to give it a try, it is not a good idea as you are exposing your body to a new food item (and probably new bacteria) that your body may not digest properly in the first instance. While the bacteria in kimchi might be good for those whose gut recognizes it, you might get an infection if this is something your gut has never digested before. This applies to all probiotic foods, including kimchi.

Can I have steak during pregnancy? 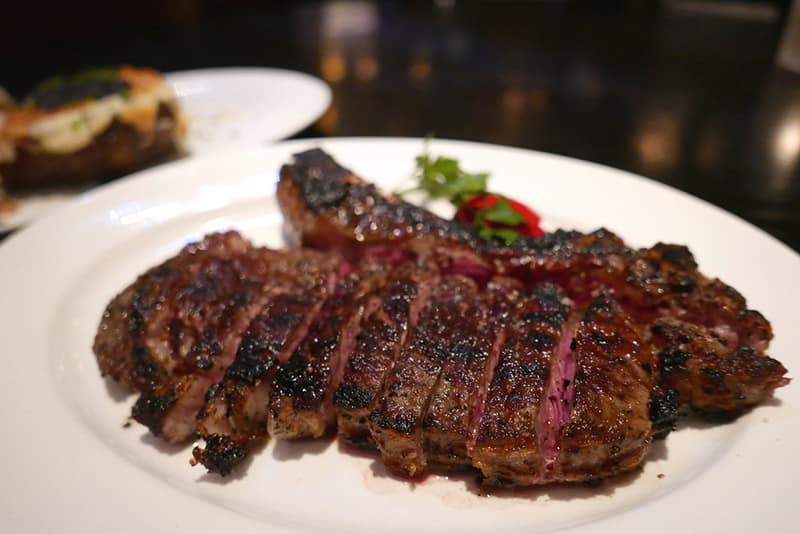 Can I have steak during pregnancy? It is safe to eat steak as long as you cook it properly. If the meat is raw or under-cooked, it is susceptible to contamination from salmonella and listeria. While consuming contaminated meat may mean nothing more than an upset stomach in some cases, for pregnant women it can cause serious damage to your baby and can even be fatal for the growing fetus. Hence, if you’re eating steak during pregnancy, you must be extra careful to not eat under-cooked meat. To ensure that the meat is properly cooked, you must use a meat thermometer. According to the FDA, meat with a temperature of 145F or 63C is considered ‘medium well’ or ‘well done,’ which is safe for pregnant women to eat. Rare and medium rare steak are not safe to eat. General rule of thumb is that if it is pink, it is probably not safe for you.

It’s easy: all we need is your email & your eternal love. But we’ll settle for your email.